Food is an important part of Jewish culture. Its role can be seen in everyday observances, as part of almost every holiday, and as a cultural marker that sets the faithful apart and provides continuity with the past. Virtually every life event from a wedding to a high school graduation is accompanied by a seudat mitzvah, a celebratory feast. Even during funerary rites, mourners are encouraged to bring food for the people sitting shiva, to provide nourishment and comfort for the family of the deceased.

Even beyond the special meals eaten in important occasions, like the lamb and bitter herbs eaten at Seder, food restrictions outlining what is appropriate for practicing Jews to eat is a major part of maintaining cultural identity and expressing faith. Despite the importance of food in Jewish culture, Jewish women and men are not immune to the development of eating disorders – and in some cases, Kosher food restrictions can influence how a person with an eating disorder thinks, feels, and acts regarding food in a disordered way.

Eating Disorders in the Jewish Community

It’s not entirely clear if Jewish women are affected by eating disorders at a different rate than the non-Jewish population, but some studies indicate there might be a higher rate of ED development. However, according to a 2008 study performed among 13 – to 20-year-olds in Toronto, Jewish girls and women were more at risk for developing disordered eating behaviors. Whereas the non-Jewish people surveyed reported disordered eating behaviors at a rate of about 18 percent, the Jewish respondents reported eating disorder symptoms at about 25 percent. This 7 percent difference is significant; expanded to the national Jewish population of roughly 7.5 million, this means more than half a million people.

It should be made clear that there is nothing inherent in Kosher eating restrictions that causes disordered eating behavior on its own. However, in combination with other common causative factors, such as a history of flawed body image, dieting, and co-occurring disorders like anxiety and depression, Kosher eating can provide an “excuse” for avoiding certain kinds of food or even eating altogether.

What Is Kosher Eating?

A Kosher diet consists of a set of restrictions on what kinds of food can be eaten and how they are prepared. Foods are separated into three major categories: meats, dairy products, and pareve, a catchall category for everything that’s not meat or dairy. Let’s break them down further:

Famously, Jewish people (as well as observant Muslims) are forbidden from eating pork, but the rules surrounding meat consumption are more complex than one edict. First of all, no matter the kind of meat, certain parts of the animal cannot be eaten. These include nerves and the brain, some kinds of animal fat, and blood. Then there is the more complex matter of approved mammal meats. Only animals that have split hooves and chew the cud (re-digesting grasses) are kosher. This means very few animals are kosher. Cows, goats, and sheep are the primary red meats approved by kashrut organizations. Pigs have split hooves but do not chew the cud, so they are not kosher. As a rule, carnivores are out – so no wolves, cats, or bears! As long as they have been slaughtered correctly, deer (venison) are considered Kosher.

Only the milk of kosher animals can be consumed. Yogurt and butter are generally considered kosher, but can’t be consumed with meat. This is because of a Kosher rule banning cooking with dairy and meat together, or even serving them on the same plate. This rule makes most cheeses non-kosher because they use rennet (an enzyme found in cow stomachs) to solidify the milk into curds. Eggs from kosher birds (see below) are generally kosher, and can be combined with milk products – so cheesy omelets are a go!

This broad category includes vegetables, fish, grains, and poultry. There are 24 kinds of birds specifically forbidden by kashrut organizations, but the most common forms of poultry in the US are all kosher (chicken, turkey, duck, and goose). As for seafood, only fish with fins and scales are acceptable. This means fish like salmon, tuna, and trout are fine, but fish with no scales, like shark or eel is not. Any seafood with neither is out, so shellfish like clams, oysters, shrimp, crab, and lobster are also banned. Provided they are handled in a kosher fashion, all vegetables, grains, and nuts are kosher.

While this seems quite complex, kosher eating can actually be quite healthy. A strictly kosher diet is often low-fat and low-cholesterol and meshes well with vegetarian and vegan lifestyles. So how can Kosher dietary restrictions affect the development of eating disorders?

Special Challenges in the Orthodox Segment

First, it must be noted that practicing or not, Jewish people aren’t excepted from the universal human need to feel attractive or beautiful. All too often, this manifests as a desire to be skinny or thin. Also, a tendency toward perfectionism, low self-esteem, and co-occurring disorders like clinical depression or anxiety are stronger indicators of a risk of developing an eating disorder than race or ethnicity. On the other hand, certain aspects of Orthodox Judaism and Kosher eating can exacerbate or continue disordered eating behaviors.

Because of the frequency of seudat mitzvah, people with an eating disorder may find an excuse to restrict caloric intake with a religious justification. For example, someone with anorexia nervosa may see there will be a large feast of lamb at an upcoming holiday, so they will practice the disordered behavior of caloric intake restriction in the week before. Or the large meal may prompt purging behaviors or excessive exercise in someone with bulimia nervosa. As a final example, in a person with ARFID, where the individual assiduously avoids certain kinds of food or food groups, Kosher eating laws may provide a built-in excuse to refuse to eat certain foods, effectively hiding disordered eating symptoms.

Another challenge that specifically affects Orthodox and Hasidic Jews is a distaste for mental health awareness and treatment. As with other conservative religious observations, there is still a strong stigma concerning mental health disorders in the Orthodox and ultra-Orthodox communities. This means that a person developing an eating disorder in one of these communities may not feel comfortable talking about the issue, and even less comfortable asking for help. Reticence to discuss potential mental health problems almost certainly leads to underreporting of eating disorders (not to mention other mental health disorders), let alone the likeliness of seeking out help from an eating disorder treatment center.

In the event that the stigma surrounding mental health treatment in the Orthodox community can be overcome, it’s important to find a center that can effectively treat an individual’s eating disorder, any underlying conditions such as OCD or clinical depression, and medical concerns while remaining sensitive to and respectful of their client’s religious views and dietary restrictions.

What to Look for in Kosher Eating Disorder Treatment Programming

Repairing a damaged relationship with food, eating, and movement is the main goal of every eating disorder treatment program. Part of this is establishing a sense of comfort, safety, and trust in each client, making them feel that they are listened to and respected. While the ultimate goal is to establish a baseline of “healthy” eating (such as regular caloric intake in people with anorexia, avoiding purging behaviors in people with bulimia nervosa, or eating normally-avoided foods in people with ARFID), this has to be achieved by respecting religious food rules.

For observant Jews, Saturday is the Shabbat. This holy day is not to be used for any kind of work, instead reserved for quiet religious reflection. Many Orthodox people will not use electricity or the oven on Shabbat. An eating disorder treatment center that’s considerate of this may avoid having therapy sessions on Saturday, for example, or if performing self-cooking practice, have the client prepare their food on Friday and have a non-Jewish person bring them their food on Saturday (so as not to trigger the refrigerator light). Fasting requirements, however, might be a more sensitive issue, especially in more advanced cases of anorexia nervosa where missing a meal could make the difference between life death.

The eating disorder treatment center should also train staff to be familiar with Kosher dietary laws and the role food plays in the religious life of their clients. This may include liaisons with the local rabbinical community and local synagogue as well as the client’s family. They should also provide for Kosher-only food storage and preparation areas that satisfy kashrut guidelines, and provide Kosher options for every meal and snack. Since determining what cultural and social milestones were implicit in developing every eating disorder, it’s important that the staff is trained in Jewish food laws and culture. A useful activity in this regard is planning trips to local Kosher restaurants as part of the “exposure therapy” given to clients.

It can feel overwhelming to not only find an eating disorder treatment center but one that respects your cultural and religious needs in the modern world. That being said, eating disorders are extremely dangerous conditions which are the most fatal of any form of mental health disease, especially when left untreated. If you or a loved one is struggling with an eating disorder, don’t hesitate.  Find a center that can accommodate and respect Kosher eating laws and a cultural understanding of the Jewish faith, and get started on the path to recovery today. 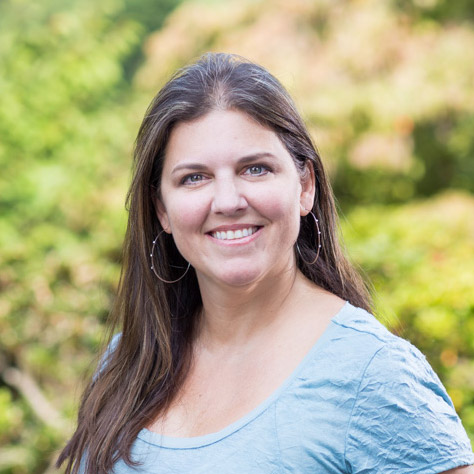 Your insurance may cover 100% of the costs.

Fill out the information below to be contacted by one of our admissions specialists.

We make sure your submissions are confidential.
A representative will contact you soon.

Please see below for administrative numbers.

We’ve Got You Covered

Find more about our unique approach to eating disorder recovery.

SEND US A MESSAGE