Monte Nido believes that individuals seeking treatment for eating disorders can become fully recovered. Clients consistently tell us that our philosophy, combined with the fact that they actually get to see and work with recovered staff members, was key in their getting well. Our staff has confidence in understanding the eating disorder symptoms while offering hope and inspiration to our clients that they, too, can become fully recovered.

Get The Help You Deserve

Submissions are confidential. We will call you soon. 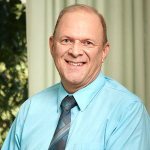 Dr. Joel Jahraus is well-known and respected for his two decades of specialization in the medical management of patients with eating disorders. A board-certified physician for over 40 years, he is a recognized expert on the medical complications of eating disorders. Dr. Jahraus graduated from Washington University Medical School in St. Louis, Missouri, and has a background in family medicine. During his teaching career at the University of Minnesota Medical School, Dr. Jahraus received the Distinguished Teacher of the Year Award. He co-authored a chapter on eating disorders in Textbook of Psychosomatic Medicine, published by the American Psychiatric Association, and The Treatment of Eating Disorders: A Clinical Handbook. Dr. Jahraus has been featured in various national media, including two public television documentaries on eating disorders. He testified at a United States Congressional Briefing on the need for health insurance coverage for eating disorder treatment. For his outstanding contributions to the field, he received the prestigious Ellis Island Medal of Honor in 2011, and was named a Top Doctor of 2013 by U.S. News and World Report. 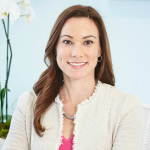 Molly Perlman, MD, MPH, CEDS is National Medical Director of Monte Nido & Affiliates. She is double-board certified in Psychiatry and Addiction Medicine. She graduated from Duke University and the University of Miami, and has trained in psychoanalytic psychotherapy. Dr. Perlman is the recipient of the Laughlin and Ginsberg Fellowships, is a Certified Eating Disorder Specialist, a Fellow of the American Psychiatric Association, a member of the Alpha Omega Alpha Medical Honors Society, and an Assistant Professor at FIU College of Medicine. She is on the Board of Directors of the Eating Disorders Coalition and advocates on Capitol Hill regularly for increasing education on and treatment of eating disorders. 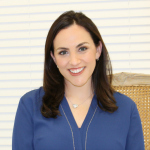 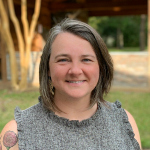 Amanda is a Certified Eating Disorder Registered Dietitian and Supervisor through the International Association of Eating Disorder Professionals with over 15 years of experiencing leading the treatment of eating disorders at various levels of care.  Amanda currently serves on the Certification Committee for IAEDP and co-authored the publication defining the Standards of Practice and Standards of Professional Performance for RDs working with eating disorders in the Journal of the Academy of Nutrition and Dietetics. Amanda is Vice President of Nutrition Services for Monte Nido & Affiliates, overseeing nutrition programming and services for Monte Nido & Affiliates programs 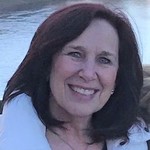 Robin Hoover, MSN, RN currently serves as the National Director of Nursing Operations for Monte Nido & Affiliates. With more than three decades of nursing experience, Ms. Hoover originally joined Monte Nido & Affiliates in the role of Consulting Nurse Administrator. Working in the Behavioral Health field, she has been prominent in her career in emergency room settings, charter schools, residential treatment centers, and as a university adjunct professor. Ms. Hoover earned a BSN and MSN (Health Informatics Specialty) from Chamberlain College of Nursing. Ms. Hoover is also a member of International Association of Eating Disorder Professionals. 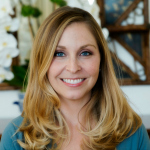 Dr. Melissa McLain Coffin is a licensed psychologist and a certified eating disorder specialist. Since 2008, she worked at Oliver-Pyatt Centers in Miami as a Clinical Director of residential treatment and eventually moved into the role of Senior Director of Clinical Programming and Development, overseeing adult residential, partial and intensive outpatient programming as well as Clementine adolescent residential programs. This role expanded as Dr. Coffin became the Senior Director of Clinical Programming for Monte Nido and Affiliates.

Learn more about our trusted approaches