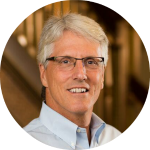 Doug Bunnell, PhD, FAED, CEDS is an expert clinician and leader in the eating disorder field. He brings over three decades of experience and a wealth of knowledge to his role as Monte Nido & Affiliates Chief Clinical Officer. In this week’s blog post, Dr. Bunnell discusses some of the differences in treating males with eating disorders compared to females.

These are the limitations that we, as psychotherapists, bring to the room when working with males- an underserved population in the world of eating disorder treatment. By examining the differences and similarities between how males and females with eating disorders present clinically, we will shed light on issues to be aware of as clinicians, as well as provide suggestions based in evidence regarding how we can move towards a more comprehensive treatment of the eating disorder population.

Conventional wisdom tells us that 1 in 10 people with Eating Disorders are male, but data suggests that 25% of diagnosable cases occur in males and that males have higher rates of disordered eating (Hudson et al., 2007).  Unfortunately, the under reporting is likely a result of stigma, lack of sensitivity and detection, and gendered perceptions of eating and dieting. The lower occurrence of eating disorders in males may, however, also be attributed to gendered differences in the risk and maintaining factors for eating disorders.

Difference in biology, brain organization and temperament may insulate men against risk. Lower levels of mood disorder vulnerability also seems to put males at a lower risk as they have a greater tendency towards externalizing disorders than women.  Generally speaking, men present with less harm avoidance, less drive for thinness, and less body dissatisfaction; with what we know about eating disorders, these discrepancies should also account for the lower prevalence in the male population. There remains a profound difference in the way men and women are taught to think and feel about their bodies, their weight and their shape. The differences in social, cultural, psychological, and biological factors makes the detection, diagnosis and treatment of men with eating disorders particularly  complicated. It falls on us as clinicians to make sure that we bring a certain awareness of clinical features and differences into our female-normed assessments to work against the risk of underestimating rates and severity.

We must also maintain an acute awareness for the different clinical presentations of eating disorders in men. It is not as pertinent, for example, to assess for a “fear of fat” with a male client as males tend to pursue and overvalue a body that has less fat and more muscle. They tend to fear “softness” rather than “fatness”.  A preoccupation with the need to be “lean” might be more relevant to males with eating disorders rather than the drive for “thinness” often seen in females. Additionally, males with eating disorders may report that they are using steroids and human growth hormone to accentuate muscle development.

In addition to maintaining awareness of gender specific assessment of males with eating disorders, it is equally critical to be aware of the language we use in the treatment of males. For a clinician accustomed to treating females, it is likely common to use very emotionally charged language such as “opening up”, “sharing”, and even referring to “fat as a feeling”. Not only are men generally less familiar with eating disorders than women, but they also have been socialized by an unspoken male code to not be weak or vulnerable and to prioritize leadership, work and self-sufficiency. While it is an adjustment from the way we work with female clients, it doesn’t have to be an obstacle in helping our clients. Instead, we can work with sensitivity to issues associated with gender while assessing motivation to change and ambivalence. By leaving what works for female clients at the door, we serve our male clients better and respect their sense of masculinity- however that may look for any one individual. Based on our experience working with men in our partial hospital level of care, it is essential to address gender-based beliefs and distortions when assessing and designing a treatment plan. This includes the use of assessments that have been designed for men and careful clinical supervision to monitor the treatment and experience of our male clients.

As individuals working with an already stigmatized disorder, it is important to consider how much additional bravery it takes for a minority of an affected population to seek out our help. While we have made great strides in the treatment of eating disorders, there is always room for improvement. By using a male-specific treatment framework, we are best able to serve this population and respect their unique gender specific eating disorder challenges.