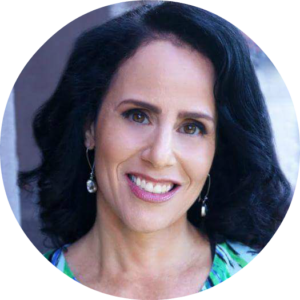 Shari Botwin, LCSW has been counseling survivors of trauma and eating disorders for over 20 years. She has been published and gone on air with several national media outlets. In this week’s post, Shari discusses the role of an eating disorder in staying stuck in trauma.

I will never forget my first week working as a clinician in an eating disorder clinic in the mid 90’s. I was sitting in a meal support group and one of the patients spoke about how she was saving her life by confronting her sexual abuse during childhood. I remember thinking, “What does abuse have to do with anorexia, bulimia or binge eating disorder?” As the months and years continued more and more men and women were coming to my private practice with a long history of being stuck in an eating disorder.

Early in my career I got myself into therapy to explore the role of my eating disorder in staying stuck in my abusive childhood. For years I obsessed about my weight and at times ate to feel better.   I focused on my body parts, mostly the parts of me that represented being a woman and did whatever I could to try and make these parts disappear. As my recovery progressed I realized my eating disorder was protecting me from years of painful and horrific memories of my abuse. In my early adulthood I decided I want a full life and I was sick of “this stupid eating disorder.” I wanted to trust myself and others and I wanted to live life in a body I could sit in.

Something incredible happened around my 10th year in private practice. More and more patients were uncovering abuse, domestic violence, sudden family losses and tragic events like watching the planes crash through the world trade center during 9/11. As I digested and understood the role of my own eating disorder in staying stuck in my abuse I was able to help others realize the way their symptoms were not allowing them to move through their feelings of shame, fear and loss associated with the tragic events that led to a primary relationship with their eating disorder.

I can think of several examples even in the last year of being in practice where patients and I could make that connection. For example, I worked with one young woman who came to me at the age of 17. It took her 4 years to say goodbye to her anorexia. Within six months of being relatively symptom free she asked me, “Is it possible to be sexually assaulted by my own boyfriend?” From that point forward the floodgates opened. For months she reported incidents when she was hurt so deeply by her boyfriend. We began to understand that spending those 4 years prior obsessing and restricting food allowed her to keep the truth about her relationship secret from herself.

I remember working with another woman who came to me in her late twenties. She had been bingeing and purging for over 10 years. Very early into our relationship she shared with me about the tragic loss of her mom when she was 17 years old. Life went on as usual after her mom passed. In fact, many acted like nothing ever happened. She told me many family members on her mom’s side disconnected immediately after her mom died. So she suffered multiple losses at a time when she needed guidance and stability. Years into our work we began to understand that her bulimia filled the role of her missing mom and all the others who walked away. She was so afraid to connect with people that she unconsciously choose her bulimia as her best friend. We would talk about how “her eating disorder would never die or betray her.” Once we made that connection she was able to make a choice about having bulimia versus connecting to people.

Over the years it has become so clear to me that so many people stay stuck in their abuse or trauma as a way to not know. How do we accept things like, losing a mom at such a young age, or that my boyfriend who was supposed to love me also sexually assaulted me? How do we live with the loss of our childhood after abuse? How do we cope with the images of planes crashing into the world train center? There is not a simple answer to these profound questions. However what I bear witness to time and time again over the last 20 years is that if we allow ourselves to know what we feel and how our trauma affects us, we no longer need an eating disorder to cope with or not cope with the pain associated with these events.

Shari Botwin is conducting on-going podcasts for Mental Health News Radio. She is working on her second book, Conquering Trauma. To read her publications or listen to previous podcasts visit www.sharibotwin.com.

Below are two of Shari’s recent podcasts:

Shari’s newest podcast focuses on the role of an eating disorder in staying stuck in trauma and loss. She talks with the host and another clinician about their personal and professional experience of working through trauma and moving past the ED. Shari demonstrates how someone goes from surviving, recovering to thriving into a full life.