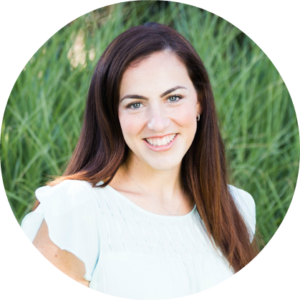 Society unfortunately has a history of making weight based judgements of others as evident through the media. This is known as weight based stigmatization. According to the National Eating Disorder Association a person who is stigmatized possesses a weight that leads to a devalued social identity. This stigma, along with a number of other factors, can lead to more frequent binge eating and an increased risk for eating disorder symptoms such as Binge Eating Disorder (BED).

Binge-eating episodes are associated with 3 or more of the following occurring on average, at least once a week for 3 months:

●      Eating much more rapidly than normal

●      Eating large amounts of food when not feeling physically hungry

●      Feeling disgusted with oneself, depressed or very guilty afterward

Body stigmatization is not the only cause of eating disorders such as BED, rather there are a number of factors that contribute to the development of a disorder such as this. The best way to understand just how complex this disorder is to look at the biopsychosocial viewpoint that attributes disorder to the intricate, variable interaction of biological factors (genetic, biochemical, etc), psychological factors (mood, personality, behavior, etc.), and social factors (cultural, familial, socioeconomic, medical, etc.). This framework below can help to explain some of the more specific causes we will discuss below.

Other causes that have been studied and suggested to lead to the development of BED include a combination of biological and environmental factors that one experiences throughout their lifetime. On the biological spectrum, there are a number of traits and chemically induced triggers that lead to the development of BED. Neurotransmitters like dopamine, serotonin and gamma-aminobutyric acid (GABA) play interlocking roles in triggering areas of the brain implicated with BED that deal with reward processing such as what feels good and tastes good. The firing of these neurotransmitters lead to a number of  neuropsychological and personality traits such as perfectionism, high harm avoidance and impulsivity which are present in those with BED.

Several studies have also demonstrated a correlation between individuals who have had traumatic experiences and those who later develop eating disorders. This is seen most often in those suffering from Post-Traumatic Stress Disorder (PTSD) as they engage in eating disorder behaviors to self-manage the feeling and experiences related to their trauma. Particularly with child sexual abuse (CSA), there has been a large amount of research related to the effect of CSA on body image. It is believed that 30% of individuals with an eating disorder have been sexually abused. There tends to be a strong view that body shame sparks a large amount of eating disorders related to CSA. The body shame might trigger habits geared toward destroying the body of which the victim is so ashamed, resulting in starvation, purging, or binge eating, depending on the manifestation of the eating disorder.

Those at high risk for eating disorders because of trauma include:

●      Victims of sexual abuse, particularly those who suffered at a younger age

●      Victims or observers of domestic violence

In order for an effective treatment plan for a complex eating disorder such as BED, it is essential to have an understanding of what it is and what the causes and risk factors are. Therapeutic intervention, requires a foundation through which we understand the origin of the patients’ experiences and adaptations to life circumstances.