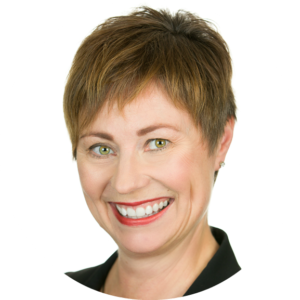 Becky Henry is trained as a Certified, Professional Co-Active Coach (CPCC) and uses those skills to guide families to let go of fear and panic, learn self-care skills and become effective guides for their loved one in eating disorder recovery. In this week’s post, Becky discusses the anniversary of Princess Diana’s passing and some of the impact that has had on mental health stigma.
The world is mourning Diana all over again on the 20th anniversary of her untimely death.

I’m celebrating because some of the world changing work she did in addition to helping people impacted by land-mines and AIDs/HIV was to reduce the VAST stigma associated with bulimia.

And now her brave, bold, vulnerability is helping bring eating disorders to the public’s attention again. As Brene Brown says, “Vulnerability is the birthplace of innovation, creativity and change.”

I’m so grateful to this beautiful soul for her vulnerability.

​​Don’t get me wrong, my heart breaks for these young men who long to have their mother. To listen to them say they’ve not talked enough about the trauma of her dearth all these years is so very sad. I’d always hoped that they’d been able to comfort one another. Maybe now they are.

​I mourn because we lost this incredibly generous, loving, mother of two boys that she loved more than anything.

Through Diana’s vulnerability and courage in speaking out about her incredibly private struggle with bulimia she personally impacted regular people who reached out for help with their own bulimia. She created what became known as the “Diana Effect” wherein the numbers of people reaching out for help with their bulimia increased. These people were emboldened by her bravery to speak out. ​

She gave regular folks ‘permission’ to speak about what they felt was unspeakable.
​
Diana helped reduce the stigma of mental illnesses. And now her beloved sons are continuing her good work. William and Harry along with Kate have created a charity called, “Heads Together” to help educate about mental health and reduce stigma as well as increase access to care.

Recently William participated in a film about eating disorders and spoke about his mother’s bravery in speaking out about her struggles with bulimia.
​
William and Harry are doing so much to honor their mother’s work and continue speaking out about mental health. You can see William praising his mother for being so candid in this interview. Together we can all re-ignite the “Diana Effect” to honor her memory and help bring more attention to bulimia which affects more people than even anorexia. I’ve been waiting YEARS for Diana’s boys to do this.

I’m so grateful that this day has come. Thank you William and Harry!

Will you please join me in following @HeadsTogether on Twitter? It’s one step to help resume the “Diana Effect” that went away 20 years ago when she died so suddenly.

Just this past week a young woman in the UK died from an eating disorder. Every day 23 people die from these most deadly of all mental illnesses. We can do something simply by retweeting the @HeadsTogether tweets and supporting that organization. I invite you to also share my tweets @HopeNetworkBeck to help educate about eating disorders.

Twenty years ago the world was mourning a beautiful, remarkable princess and brave woman who made the world a better place.  As we mourn her all over again, let’s honor her memory and speak out about the most deadly of all mental illnesses, eating disorders. ​