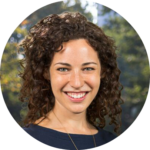 Primary Therapist Melissa Daum, LMFT uses metaphor to help explain the challenges of living with an eating disorder. In her post, Melissa sheds light on the “monsters” clients face as they work toward full recovery.

With Halloween upon us and the crisp chill of fall in the air, ’tis the season where our fascination with all things macabre is invited to come out and play. However as a psychotherapist, hauntings, possessions, and spells are not a seasonal novelty but a daily occurrence, as individuals come seeking relief from their inner demons and psychic pain. In my work with people in whom eating disorders are their primary symptomatology, I have found that certain monster metaphors recur again and again: The witch and the vampire.

Vampires, with their distinct dietary limitations and co-morbid sleep disorder, maintain perpetual youth by feeding off the blood of their victims. Vampires have no reflection in the mirror, and are both endowed with supernatural powers and isolated from human contact. These qualities make the vampire an appealing love object — he is untouchable and desiring, magical and dark. I have heard young woman describe their devotion to “Ed” as this kind of romance with an inner demon lover. He professes his undying love for her, and through him she perceives herself to be elevated from the trappings of her ordinary life, including her need for food.

While the vampire image expresses the romance an individual may feel toward her anorexia, the witch image has to do with her ambivalence toward womanhood. Witches are often imagined as female outsiders who are keepers of spells and sorcery. Witches can be glamour queens or hags, or both at the same time if she drinks the right potions. Usually witches were rejected or betrayed at an earlier point in time — Maleficent didn’t get invited to Aurora’s christening, the witch in Rapunzel had her garden raided by Rapunzel’s dad, the Wicked Queen in Snow White got demoted from being the fairest in the land — thus the witch keeps the damsel as a hostage for debts she is owed. Time stops for the damsel, often through sleep or imprisonment. This spell reflects the kind of frozen state anorexia promises.

Through the monster we arrive at a situation of bound up vitality. The reality of the anorectic’s internal hostage situation can literally cause a “hold up” with regard to her progress in treatment. It can be tempting to regard the eating disorder as the monster and the individual as the innocent damsel in distress, resulting in an oversimplified idea that one must kill the monster to be free. Instead, it may be more useful to imagine the eating disorder as a compromise to keep the monster and the damsel simultaneously satisfied (or simultaneously deprived). Thus we no longer have the binary structure of monster versus damsel, as the damsel is now a kind of monster in her own right — the shell of a girl, polite, pretty, and sweet, awaiting rescue.

Like all beloved monster stories, the monster is not always what it appears to be on the surface. When someone we care for is struggling with an eating disorder, the myriad of external complications can perpetuate avoidance of the competing pressures within. These painful inner loyalties must be attended to for psychic growth to occur.