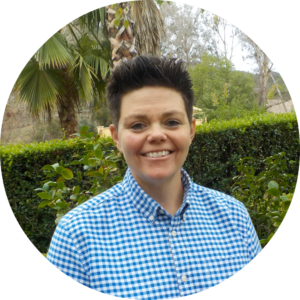 Julie Foster, DO serves as both Regional Outreach Manager and Inclusion Specialist in the Pacific Northwest Region. Her role ensures the Monte Nido programs are deeply connected in the community while advocating for the needs of marginalized populations within the Monte Nido & Affiliates family as well. In this week’s blog post, Julie helps us gain a great understanding of gender diversity in eating disorder treatment.

Human beings are designed to sort. Our evolutionary lives depended on our abilities to classify and then memorize these classifications as we went. Think of our ancestors coming across plants or animals and having to experience what is safe or unsafe, edible or inedible, ultimately good or bad. It was a life-preserving skill, and it’s deeply embedded in us to this day.

Culturally we are still sorting. Usually our lives don’t depend on it directly. But more often than not, the shape and course of our lives are directly affected by what groups we’re assigned. We are a species that still classifies, with great consequence, based on things like the color of our skin, the shape of our bodies, and our gender. These classifications can and do impact basic human needs such as a person’s ability to be employed, have access to medical care, and walk the world free from oppression and threat of harm.

When a child comes into the world, the humans present at that birth assign the sex of the baby based on the external features of the child. From that assignment comes a great deal of expectations and assumptions about how that human should act, what they are expected to enjoy, and whom they are expected to love. In fact, even before a child a is born we have things like “gender reveal parties” and post videos with surprise bursts of pink or blue confetti falling from popping balloons.   We set the stage for their lives based on external anatomy and without any input from the little person who has yet to come into the world.

However, gender and the sex we’re assigned at birth are not always the same. Our gender is our innate feeling and understanding of ourselves as being female, male, or falling on a spectrum that isn’t limited to one or the other. It is an internal state of knowing that is separate from our external physical features or genetic makeup. It is not something a person chooses. Further having an internal knowing of yourself that doesn’t match the outside is not something new. It’s also not limited to any one culture or country.

Now think back to what was first discussed, the idea that humans are expected to fit into boxes. If you are a person who doesn’t fit into that first box, statistically your life has a much different outlook.   In 2015, the first US Transgender survey, which was compiled with over 27,00 respondents, revealed some incredibly startling information about the deep inequities that exist between the lives of transgender and cisgender people.

What came to light was the increased risk for violence both from inside family systems and the world at large. It revealed that transgender people are much more likely to live in economic hardship and experience homelessness with rates of poverty nearly 3 times that of cisgender people. They are less likely to own their home. Rates of home ownership were only 16% for the transgender population when the US national average is 63%. There is a much higher risk for discrimination and retaliation in places of employment based on gender identity. The survey also revealed that almost half of all respondents were sexually assaulted over their lifetime. It’s these compounding factors that lead in part to the significantly higher rate of suicide attempts within the transgender population (40%) when the national average is slightly less than 5%.

They may also lead to a much higher incidence of eating disorders in the transgender and gender non-conforming population. A separate study published in the Journal of Adolescent Health in 2015 compiled from 289,000 college students revealed that eating disorders (the study covered only anorexia nervosa and bulimia nervosa) occurred at rates four times higher than their cisgender peers. So the need to understand the complications arising from navigating the world outside of gender normative cultural norms is particularly imperative for eating disorder professionals.

These same conditions are part of the life experiences of the gender diverse populations we serve at Monte Nido. We are committed to providing affirming spaces in all levels of care, with staff members trained specifically to understand the great impact that gender diversity can play in a person’s life. We work to create the safest healing spaces possible where clients are free and encouraged to be their authentic self and develop resiliency in their recovery journey.